Negligible representation of women in the film sector

Women in the film sector: a gender issue

Yesterday the Slovenian Film Centre, a public agency of the Republic of Slovenia (the SFC), organised an international consultation entitled "Women in the Film Sector: a Gender Issue" in the context of the 20th Documentary Film Festival. The event took place in the Lili Novy club at the Cankarjev Dom cultural and congress centre in Ljubljana and was moderated by Boštjan Narat.

The consultation focused on the research into the representation of filmmakers according to their gender, while our guests commented on the research findings and attempted to establish how to balance the scales. The consultation took place in the context of the Our Films At Home project, organised by the Slovenian Film Centre in order to present its current film production and strengthen the wider importance of film in the Slovenian culture.

The fact that we cannot possibly overlook is that during the Yugoslav period the Slovenian film production failed to create even a single female director. Only as late as in 2002, in the independent state of Slovenia, did the first two women finally sign two live-action features: Maja Weiss (Guardian of the Frontier) and Hanna Slak (Blind Spot). Their films with cinematographic distribution were made with the support of what was then the Slovenian Film Fund. To date, the following films by female directors have been realised with the national support: eight live-action feature films by the directresses Maja Weiss (Guardian of the Frontier, 2002; and Installation of Love, 2007), Hanna Slak (Blind Spot, 2002; Teah, 2007; and The Miner, 2017), Janja Glogovac (L ... Like Love, 2007), Dafne Jemeršić (Reality, 2008) and Sonja Prosenc (The Tree, 2014); two full-length experimental films by Ema Kugler (For the End of Time, 2008; and Echoes of Time, 2013); and a single documentary feature by Petra Seliškar (Mother Europe, 2013).

In the introduction, Nataša Bučar, director of the Slovenian Film Centre, stated the following: "With this research, the first of its kind in Slovenia, the Slovenian Film Centre will get more actively involved in the European and national initiatives for the more balanced representation of both genders. This February at the film festival in Berlin, Eurimages, the European film coproduction fund, presented its Gender Equality Strategy in the European film industry for the period 2018–2020, entitled "Aiming for 50/50 by 2020", whose goal is to ensure gender equality in the field of film.

The key information, collected during the study organised by the Slovenian Film Centre in cooperation with the researcher Nika Gričar, indicates that in the period between 1995 and 2017 the films within the national film programme were directed by men in 90 % of cases; the stories were written by male screenwriters in 78 % of cases; while approximately 80 % of films were produced by men. Only one of the nine feature films, screened in the context of the national film programme in this period, was directed by a woman. We can also not ignore the fact that directresses, have been less successful in applications for feature film projects and script development, while they have been relatively successful to produce first films and non-cinematographic works. Between 2011 and 2017, approximately one third of graduates in film and television directing in Slovenia were women; while the proportion of film directresses, included in the competent ministry's register of those self-employed in culture with the status of film directors, was similar (32 %).

At the consultation, Deputy Executive Director of the European coproduction fund Eurimages Enrico Vannucci emphasised, that "gender equality is an integral part of human rights and a fundamental criterion of democracy". He is convinced of "the decisive role of the audiovisual sector in perpetuating gender-based inequalities on and off-screen but also in positively influencing perceptions and promoting equality". Therefore "the Council of Europe adopted in 2017 a landmark Recommendation on gender equality in the audiovisual sector".

Vannucci's reasoning was expanded on by Susan Newman-Baudais, a project manager at Eurimages, as "Eurimages takes a special interest in the question of gender equality in the film industry. Since 2012 the Fund has collected information on the participation of women in projects submitted, and in 2015 adopted a first strategy to address the gender imbalance that was clearly demonstrated by the data."

Meanwhile, the film critic Maja Bogojević took a look at the history. In her own words, her presentation focused "on the analysis of gender relations and identities as cinematically constructed in some films during the existence of Yugoslav country, which introduced both aesthetic innovations and the socio-political critique of the dominant ideology, but with the cinematic strategies employed still much more patriarchal than anti-communist. This film tradition is compared to post-Yugoslav film, exhibiting backlash of patriarchy as a dominant mode of representation to reflect the new socio-political realities." In conclusion, Maja also discussed "some filmic counter-examples, defying the dominant representation of ideology".

In the further discussion, the directress Hanna Slak commented that "the question of gender equality in the audio-visual sector was of key importance for the social equality in general. Although the number of male and female graduates from film schools is roughly the same and even though the public finances depend on the taxes collected from all citizens regardless of gender, only one fifth of public finances, the main source for the financing of audio-visual contents in Europe, is allocated to the projects proposed by women.  As a result, one half of the talents whose education has been invested in are lost; the competition is not diverse enough; the contents remain monolithic; and the same pattern of interpreting the society keeps being repeated."

Maja Weiss stated the following: "Without men who understood the gender issue and finally opened and held the door for women and projects struggling for equality within the Slovenian film sector, we would still be where we started – in spite of the female persistence, belligerence, diligence, and talent. For me personally, the door to television production was opened by Drago Pečko, while Franci Slak and Filip Robar Dorin introduced me to film production. The first video film marathon of Slovenian female authors, organised in 1997, initiated a public discussion. Koen van Daele and Vlado Škafar were vital for the Slovenian Cinematheque in the time when Silvan Furlan was its director. Thanks to Metod Pevec's initiative, I also became the first elected female President of the Association of Slovenian Filmmakers after more than sixty years of male leadership. To make a long story short: women could not open any doors for me, as at that time, 'during all these beginnings', women were not in the positions of power and could not make any decisions."

Ida Weiss: "The long years of practice in the field of film production have shown that women negotiate their fees much more rarely than men. Even so, those that may wish to negotiate are quickly seen as problematic and can soon become unwanted. For me personally, this is a major social problem. This is precisely why many women are still unable to ensure an equal economic position for themselves, which is actually the first and most basic precondition for the implementation of all other rights.

The representatives of the younger generation of Slovenian film directresses addressed the female presence in the film industry from another perspective. Urša Menart underlined that "gender equality in the film industry will not exist until the working conditions are more favourable for filmmakers who also happen to be parents. However, better working conditions will remain elusive for as long as the Slovenian budgets do not rise to the level comparable with the other EU countries." Sonja Prosenc added the following: "As far as the presence of black filmmakers was concerned, Spike Lee stated that they should control their image themselves, as films are a very strong medium and black people should therefore not allow others to define their existence. Logically we should ask ourselves how important it is that the image of women in films is shaped by women." 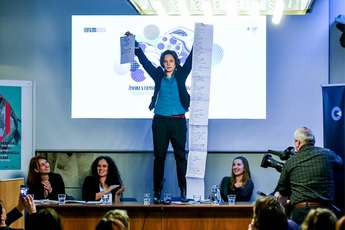 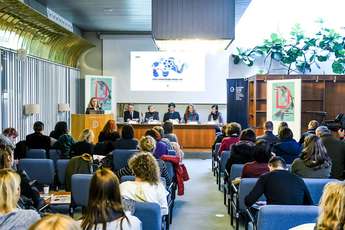 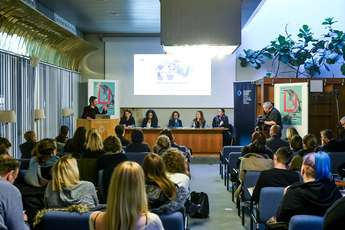 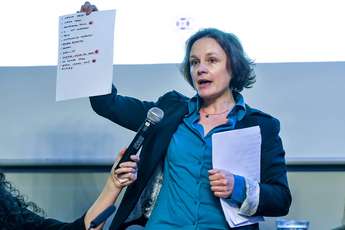 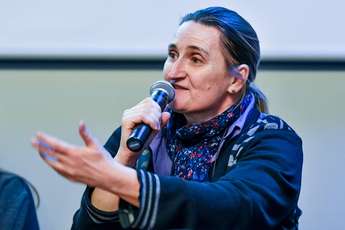 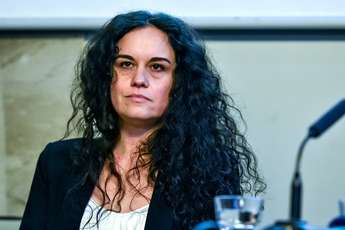 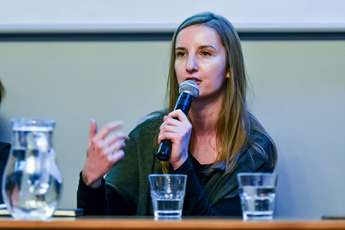 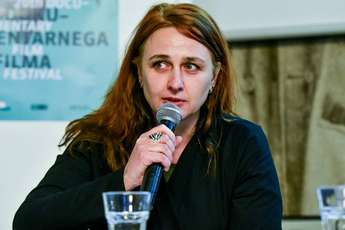 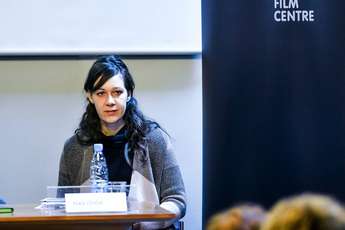