A press conference took place in Rome today, revealing all the films that qualified for the main programme of the 73rd Venice Film Festival, among them the short film Good Luck Orlo! by the Slovenian directress Sara Kern.

The film qualified for the Orizzonti (Horizons) competition section together with thirteen short films from all over the world. The film was made in the Slovenian – Croatian – Austrian co-production. The Slovenian producer is Cvinger Film, managed by Rok Biček, otherwise famous as the director of the film Class Enemy. This was his first attempt at the role of a producer. The film was co‑financed by the Slovenian Film Centre.

Good Luck Orlo! is the first professional short by the directress Sara Kern, born in Ljubljana in 1989, who finished her film direction studies at the Academy of Theatre, Film, Radio and Television (AGRFT). During her studies between 2010 and 2013 she won the Grossmann Award for Best Script, given by the AGRFT, four times in a row. Her talent for screenwriting and sensitivity for children's topics was soon noticed at the Slovenian national television, where she started writing the scripts for the children's shows Studio Kriškraš and Firbcologi.

The protagonist of her film Good Luck Orlo! is a seven-year-old boy, who watches his father and mother suffer the unexpected loss of their baby. Orlo decides to cheer them up.

Sara Kern says the following about her chosen topic: "This film is dedicated to my father and his sister who died as a baby. I wanted to make a film about what it means to be alone among adults dealing with an event they haven't been prepared for. I wanted to depict the tragedy that has never been discussed in my father's family. I decided to do it in their own way: without words.
Sometimes I feel that I can still see that seven-year-old boy in my father, and I keep asking myself: did this event mean the end of his childhood? Do such moments stay with us until our last day?"

In the independent Slovenia Jan Cvitkovič's Bread And Milk was the first film to qualify for the Venice Film Festival in 2001, and it received the Award for Best First Film.

Three short films by Jan Cvitkovič also qualified for the Venice Film Festival: Heart Is a Piece of Meat in 2004, This Is Earth, My Brother in 2009, and in 2013 he was invited to take part in the project Venice70, celebrating the festival's 70th anniversary. On this occasion more than 70 filmmakers from all over the world, who had received awards at Lido, were invited to contribute to the making of a film, and Cvitkovič made a one-minute-and-a-half short I Was a Child.

In 2008 Igor Šterk qualified for the short film competition programme with his film Every Breath You Take.

Vinko Möderndorfer qualified for the Venice Days programme twice (Suburbs in 2004; and Landscape No. 2 in 2008).

In 2010 the film Dad by the director Vlado Škafar was the first Slovenian film in the programme of the Venice International Film Critics' Week, and in 2013 as many as two Slovenian films were screened in this programme: Class Enemy, Rok Biček's debut; and for the first time a Slovenian minority co-production Zoran, My Nephew the Idiot by the director Matteo Oleotto. In 2014 another minority co-production qualified for this programme: the documentary film Dancing with Maria, made by Ivan Gergolet, a Slovenian abroad.

Sara Kern is the first Slovenian film directress to appear at the oldest and one of the most important film festivals. 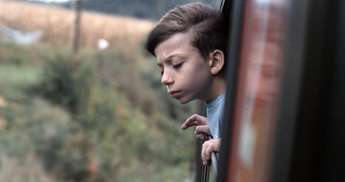 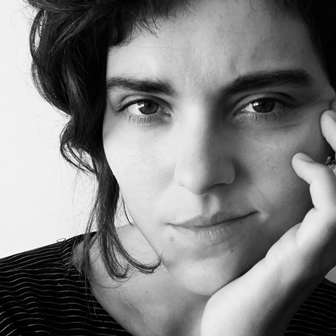