Croatian Audiovisual Centre, FVG Audiovisual Fund and Slovenian Film Centre announced participants of the 2nd RE-ACT Workshop, an innovative co-development and training initiative launched by the three film funds in 2015. The projects selected are feature-length projects (both fiction and documentary) that are thematically linking the territories of three partner countries/regions and have a clear co-production potential.

RE-ACT's workshops are taking place every year from 2015 till 2017 alongside the TorinoFilmLab international FrameWork programme, giving at least six creative teams from FVG, Slovenia and Croatia an opportunity to develop their projects in individual meetings with TFL and RE-ACT experts/tutors, to work in group sessions and participate in FrameWork's plenary sessions, and to take part in a tailor-made networking platform and present their projects to possible co-producing partners and film funds' representatives.

Out of 16 projects sumbitted for the second RE-ACT Workshop, the following 7 were selected:

Also, representatives of RE-ACT announced that call for entries for the second round of RE-ACT Co-development funding will open in September 2016. The co-development funding scheme is intended for filmmakers and producers who wish to co-develop feature length films (fiction, documentary, animation and experimental), as well as animation shorts that already have development support from at least one of the member funds already in place and at least two countries/producers from the member countries.

The first round of the RE-ACT co-development funding was announced in January in Trieste during the When East Meets West Co-production Forum with 6 projects from three partering countries/regions benefiting from the 10,000 Euros co-development award of which: 2 fiction projects, 2 documentary projects, one short animation and one cross-media project.

Aside from specifically targeted training and development programmes taking place alongside the annual international Framework workshop of the TorinoFilmLab , the project consists of an innovative combination of co-development funding scheme for feature-length projects (both fiction and documentary), as well as animation shorts.

More informations about RE-ACT can be found on official website. 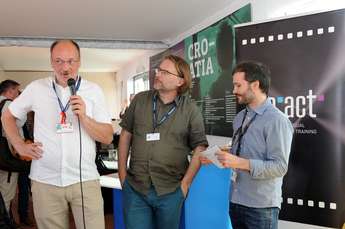 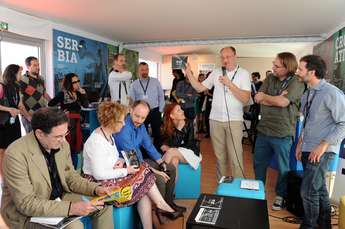