Between 27 October and 2 November the DOK Leipzig, one of the most important European festivals dedicated to documentary and animated films, is taking place. This year it will focus on the films from the territory of the former Yugoslavia, which will be shown in the Focus Ex Yu (Länderfokus Ex Jugoslawien) programme.

In the Focus Ex‑Yu programme Slovenia will be presented with five films: the feature The Long Vacation (2012) by Damjan Kozole; animated short Wanted (2013) by Boris Dolenc; as well as short films Screens by Hanna Slak (2013) and 1717 Kilometres of Summer 2009 (2010) by Jurij Meden. Slovenian films from the era of the common Yugoslav state will be represented by Filip Robar Dorin's short film Xenia on Tour (1975).

During the festival the film market is also taking place, where this year Slovenia is presenting two projects in pre‑production: Playing Men by the director Matjaž Ivanišin and Tribuna by Petra Seliškar; and four documentaries in postproduction: Home by Metod Pevec, Family by Rok Biček, Houston, We Have a Problem! by Žiga Virc and Bridging the Bridge by Boštjan Slatenšek. Three already finished documentary shorts will also be presented: Every True Poet by the directors Nejc Saje and Jeffrey Young, Foster Mom by Miha Možina, and Nazdar! by Ema Muc. This year's winner of the Festival of Slovenian Film, A Fight For by the director Siniša Gačič, and Tatjana in Motherland by Miha Čelar will also be presented in the videotheque, organised during the market and intended for accredited participants.

All of the films presented at the market are also a part of the regional initiative SEED – South East European Documentaries, initiated in 2013 by the Restart Zagreb production house in cooperation with the Croatian Audiovisual Centre. The SEED project partners also include the Slovenian Film Centre, Kosovo Film Centre, Film Fund Sarajevo, Macedonian Film Agency and Film Centre Serbia in cooperation with the Balkans Documentary Centre (Bulgaria), Meditarranean Film Festival Široki Brijeg and Dokufest Prizren.

The goal of the SEED initiative is to bring the attention to the regional cooperation and co‑production potential, present the newest films and encourage the networking between the documentary filmmakers in the region and elsewhere.

At the Leipzig market presentation all of the films from our region were included in a joint catalogue. 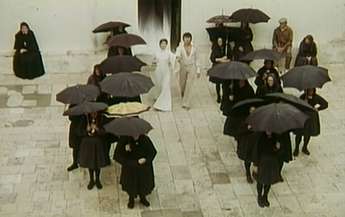