Suburbs and Bread and Milk selected for San Sebastian

On Friday, 19 September, the 62nd International Film Festival started in San Sebastian. This is the biggest and most important Spanish film event.

A special retrospective in the official programme was dedicated to the new film directions in the Eastern European cinematography. The retrospective entitled Eastern Promises: Presenting Eastern Europe with 50 Films contained films made after the year 2000.

The following was stated in the introduction: "The film retrospective will unveil the creative wealth of these film industries and the new talents emerging in the last decade. It will do away with all kinds of prejudice and stereotypes and bring us closer to the reality of these countries as they show it themselves.

The selection also included other important names of the Eastern European cinematography:

From the festival explanation:

This year we are celebrating 25 years since the fall of the Berlin Wall. As expected, the changes that have radically transformed the former communist countries in only 25 years have also been reflected in the cinematographies of these countries – cinematographies that today provide a record and testimony of these social and political processes. The new generations of filmmakers from countries like Romania, Hungary, Poland and the Czech Republic are currently drawing the attention of critics and audiences from all over the world. Similar is true of the stories from the countries whose film productions have acquired a new momentum: Bulgaria, the Baltic states, Ukraine, Slovakia, Slovenia, Moldavia and Macedonia. All of these countries are facing the today's audiences with a new mentality – films about social issues, presenting the contemporary human landscapes, historical recapitulation of the events from the recent decades that are only being uncovered now, the types of genre films focusing on the new types of audiences, young and upcoming filmmakers with their special outlook on the world as they have inherited from their elders... Liberalisation, criticism, historical reflection and uncertainty with regard to the future of these societies make up an extremely rich cinematographic landscape and help us to better understand Europe, hidden from our eyes for decades, and discover how it is dealing with the new reality of today. 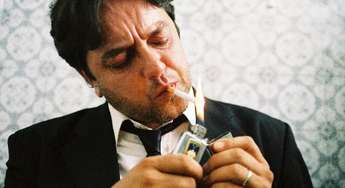