Slovenian Films from Chichester to Sarajevo

On Thursday, 15 August, the 23rd Chichester Film Festival began in Great Britain. The festival will last until the end of the month, and this year a special emphasis will be placed on the Eastern and Central European cinematographies.

The following films will be shown: Seduce Me by Marko Šantić, which received the Vesna Award for Best Direction at the last year's Festival of Slovenian Film in Portorož; Shanghai Gypsy by Marko Naberšnik, also a love story; the nominee for the Lux Award Class Enemy by Rok Biček; and Panic, the debut by Barbara Zemljič. For Panic this is the second international film festival. The first one took place in June in Setubal (Portugal), where it was shown in the section of the films made after literary bestsellers. The Italian‑Slovenian co‑production comedy Zoran, My Nephew the Idiot by the director Matteo Oleotto will also be shown.

The Sarajevo Film Festival, taking place between 15 and 23 August, will celebrate its 20th anniversary this year. At this occasion the organisers will also present the history and development of this festival. Four Slovenian films will be screened in various categories. The Serbian‑Montenegrin‑Slovenian co‑production Barbarians will be shown in the Pre‑premiere category. The documentary Project Cancer by the director Damjan Kozole will be a part of the special programme. For the young audience the films Going Our Way 2 by Miha Hočevar will be screened in the TeenArena section, while Chefurs raus! by Goran Vojnović will be shown in the BH film category. BH film is the category of films presenting the filmmakers and films from Bosnia and Herzegovina. The role of the father in Chefurs raus! is played by the Bosnian actor Emir Hadžihafizbegović, who received the Award for Best Male Role in Cottbus. 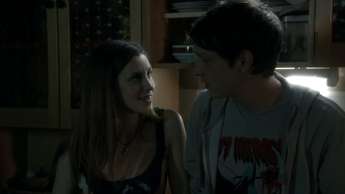