In the city of Prizren in Kosovo the international festival of documentary and short film Dokufest will take place between 16 and 24 August. Three Slovenian documentary films are going to be screened there.

In his first full‑length documentary Gačić accompanied the protesters who set up tents in front of the Ljubljana Stock Exchange a month after the Occupy Wall Street movement began, thus criticising representative democracy and financial capitalism.

Karpopotnik by the director Matjaž Ivanišin has already had several successful presentations abroad, and in July it also received the first international award at the MedFilm festival in Rome. Currently it is being screened at two festivals in the United States, and after Michigan and New York it will return to the Old Continent.

Before the festival in Prizren Project Cancer by the director Damjan Kozole will also be shown at the 20th Sarajevo Film Festival. The screening of the documentary, in which the camera follows the radical conceptual artist Ulay, will be a part of the special programme in Sarajevo.

All of the Slovenian documentaries in Prizren will be shown in the Balkan Dox category, consisting of the most challenging films from this region, chosen by the selectors. Every year DokuFest shows more than 200 films from all over the world. With its photo exhibitions, debates, workshops and musical events it attracts numerous regional and international artists.

Struggle will be presented to the Slovenian audience for the first time at the 17th Festival of Slovenian Film in Portorož. 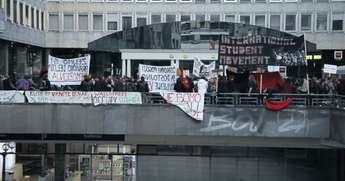