At the 61st film festival in Pula, which has just finished, the film The Reaper by the director Zvonimir Jurić received as many as four awards.

Ivo (Ivo Gregurović) is a worker in the Slavonian agricultural combine, used to night shifts, which he prefers. Many years ago he was sentenced for rape, and since then he has avoided people, who have avoided him as well. In the night he meets Mirjana (Mirjana Karanović) – a women left on an abandoned road in a car without that ran out of gas – Ivo's destiny becomes intertwined with the life of Josip (Igor Kovač), who works at a gas station, and a policeman named Kreša. Gradually the darkness of their lives is revealed.

The film is directed by Zvonimir Jurić, born in 1971, who graduated from the Academy of Dramatic Arts in Zagreb. In 2009 Jurić directed the film The Blacks, one of the best recent Croatian films, together with Goran Dević. The Blacks received 20 awards, most of them international, among them the main Kingfisher (Vodomec) Award at the 20th Ljubljana Film Festival.

The film was co‑financed by the Croatian Audiovisual Centre, the Slovenian Film Centre, Eurimages and MEDIA. It was made with the assistance of the Viba Film Studio Ljubljana, Teleking and 100. 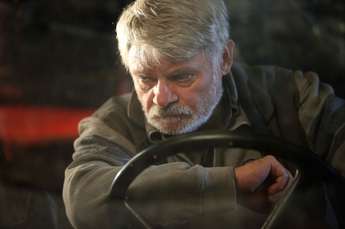