Between 31 January and 8 February the 36th International Short Film Festival is taking place in Clermont Ferrand, France. In the context of this festival the film market of short films from all over the world has been organised as well. This is the first time that Slovenian short films will be presented at this market.

The stand of the Slovenian Film Centre will be located next to the one belonging to the Croatian Audiovisual Centre. The stands will be brought together by the common visual image and thus the connections between these two countries, which both of these institutions have established with the other countries in the Cannes market pavilion, will continue.

The concept of both main institutions in the audiovisual field in Croatia and Slovenia is regional integration, taking place in the field of production as well as promotion.  Croatia was the first country to join the short films market in Clermont Ferrand, followed by the Czech Republic, Poland, Romania, Lithuania in 2013, and now also Slovenia.

For this occasion the Slovenian Film Centre published a catalogue of short films (Slovenian Shorts), which includes an overview of the production from 2010 to 2013 as well as 2014 films, also those which are to be finished by the coming spring. The catalogue of short films is accompanied by a DVD containing the 2013 films most interesting for the international festivals, the representatives of which are present in significant numbers in Clermont Ferrand.  Apart from the compilation which includes short live‑action, animated and experimental films, a DVD compilation of Slovenian animated film from the recent years will also be available, published by the Slovenian Animated Film Association, as well as a DVD compilation of films by the students of the Ljubljana Academy for Theatre, Radio, Film and Television, containing student films shot between 2010 and 2013 which have been selected for the short film catalogue.

On Wednesday, 29 January, Slovenian film was presented (also for the first time) in the European Bank for Reconstruction and Development in London. The feature Shanghai Gypsy, directed by Marko Naberšnik and produced by Arsmedia, was shown. According to the reports of the Slovenian embassy in London as many as 300 people attended the screening. 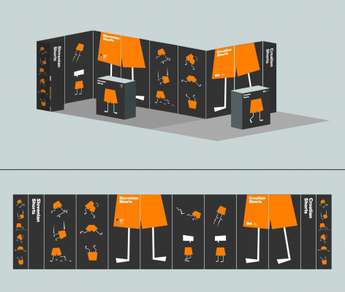