Slovenia – Guest of Honour at the MedFilm Festival in Rome

The oldest film festival of the city of Rome, which will see its eighteenth instalment this year, will take place between Friday, 19 October, and Sunday, 28 October. The festival covers the Mediterranean region, and Slovenia is this year's guest of honour from its northern part.

In the "Slovenian Exhibition" programme the following films will be presented: A Trip by Nejc Gazvoda, Good Night, Missy by Metod Pevec, The State of Shock by Andrej Košak, Bread and Circuses by Klemen Dvornik and 9:06 by Igor Šterk. The selected short films include Dad, Can I Drive the Car by Miha Hočevar, Lust Lunch by Miha Šubic, and Hundred Dogs by Jan Cvitkovič.

Slovenian films will be screened between 24 and 27 October, and the festival will be attended by the directors Damjan Kozole and Jan Cvitkovič. At a solemn event on Friday, 26 October at 20:00, Damjan Kozole will receive a lifetime achievement award.

The MedFilm Festival presents 40 countries and 86 films. Special attention will also be paid to the countries of the "Arab Spring": Morocco, Tunisia, Algiers, Egypt, Turkey, and Lebanon.

This is the second retrospective of the Slovenian film in Italy in 2012. In April five Slovenian features with Italian subtitles from the period between 1997 and 2010 were shown at the film festival in Lecce: Express Express by Igor Šterk, Idle Running by Janez Burger, Blind Spot by Hanna Slak, Rustling Landscapes by Janez Lapajne, and Dad by Vlado Škafar.

The first retrospective of Slovenian film in Rome, organised by the Slovenian Film Fund, took place in 2003.   At that occasion the Slovenian cinematography was presented with the emphasis on the more contemporary films. The overview of the older and more recent Slovenian cinematography was encompassed by the selection of ten films. Five of them represented a glimpse at the history of Slovenian film: The Valley of Peace by France Štiglic (1956), Dance in the Rain by Boštjan Hladnik (1961), The Widowhood of Karolina Žašler by Matjaž Klopčič (1976), Farewell Until the Next War by Živojin Pavlović (1980) and Red Boogie by Karpo Godina (1982). The other five films, however, provided a look at the film industry of the independent Slovenia: Express Express by Igor Šterk (1997), Outsider by Andrej Košak (1997), Socializing the Bull? by Zvonko Čoh and Milan Erič (1998), Bread and Milk by Jan Cvitkovič (2001) and Sweet Dreams by Sašo Podgoršek (2001).

See more information about the programme at: 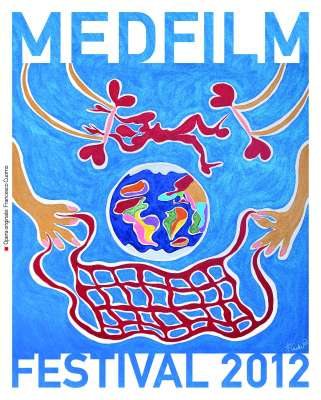