We're expecting the unexpected, the extraordinary is the rule." This is the motto for the selection of ten European film directors, selected each year by Variety, the American film magazine responsible for the programme section of the Karlovy Vary film festival (29 June – 7 July).

"This year Nejc Gazvoda, the author of his debut A Trip, qualified among the ten directors. The films from the prestigious section, this year presented for the fifteenth time in the Karlovy Vary, will be screened on 1 and 2 July.

Apart from Nejc Gazvoda and his film, directors from Finland, Norway, Great Britain, Belgium, Germany, Denmark, Netherlands, Spain and Iceland will also be presented. We can also note another Slovenian contribution: the music for the film Iron Sky by Tim Vuorensol, written by Laibach.

The selected directors will be interviewed and they will have the opportunity to meet important European film professionals as well as the enthusiastic festival audience.

The selection of films and directors was prepared by Alissa Simon, the film critic of the Variety magazine, who saw A Trip at its world premiere at the last year's competition programme of the Sarajevo festival.

After that the film appeared at several festivals all over the world and has already won seven international awards. The qualification of the film for Karlovy Vary, one of the most important film events in the Central and Eastern Europe, is certainly a great conclusion of its successful year‑long tour of the festivals.

The aforementioned festival section, organised by Variety, is also co‑organised by EFP (European Film Promotion), and the Slovenian Film Centre is one of the members of this promotion organisation. The member states whose films are to be screened at the festival also support the event financially, thus ensuring that the directors are presented as well as possible.

However, another Slovenian director has also been invited to Karlovy Vary: Olmo Omerzu, whose Czech‑Slovenian co‑production A Night Too Young will be shown in the programme Czech Films 2011-2012. In the middle of July this film will have its U.S. premiere at the festival in Los Angeles. 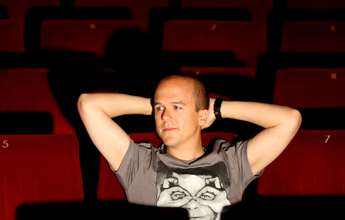