From 12 to 23 May the 63th International Film Festival, the most important exhibition of film in the world, is taking place in Cannes. Besides this festival the film market, where the Slovenian Film Fund is to represent Slovenia for the seventh year in a row, is also taking place for the 51st time.

The presentations of the Slovenian Film Fund at this most important film market saw many transformations, and the last one is perhaps the most daring one of them all. After a few independent presentations in the International Village pavilion, this year the Slovenian cinematography will be presented in the new South‑East European Pavilion, for the first time together with film institutions and filmmakers from Albania, Bulgaria, Bosnia and Herzegovina, Cyprus, Croatia, Macedonia and Serbia.

The joint presentation in Cannes will strengthen the existing co‑production connections between these states, and in the future it is to consolidate the distribution and exhibition of films financed within this region, since currently many co‑productions do not reach the cinema viewers and video media. On the other hand, the integrated market will also facilitate the screening of European and other films independent of Hollywood, which often do not see regular distribution screenings, despite all of their Golden Palms or Bears.

The Slovenian part of the new pavilion will be the meeting point for all Slovenian filmmakers, seeking partners for their projects in development. In the pavilion, individuals can organise meetings with international film professionals and present their activities.

At the market the Slovenian Film Fund is to organise two world premieres: Circus Fantasticus by the director Janez Burger and Staragara production house, and the co‑production film Some Other Stories, an omnibus by the female directors from the former Yugoslavia, in which the Slovenian story Heaven was directed by Hanna Slak and produced by Studio Maj. The other directors of this omnibus are Ana Maria Rossi (Serbia), Ivona Juka (Croatia), Ines Tanović (Bosnia and Herzegovina) and Marija Džidževa (Macedonia).

The film Personal Baggage by the director Janez Lapajne, produced by Triglav film, which was already presented at the Berlin market, will also be screened here. The Cannes screening represents a starting point for the best possible festival attendance at the important upcoming film festivals for all of these works.

In Cannes, Hanna Slak will also present her new project, which will take part in the Scripteast screenwriting workshop. The screenplay for the feature Burned is the third feature project by the screenwriter and director Hanna Slak (Blind Spot, 2002; Tea, 2007). Together with eleven other projects this script is competing for the Krzysztof Kieslowski Scripteast Award for the Best Eastern and Central European Script, given at the Scripteast workshop. Burned (Home Is Where the Heart Was) is a story of a divorced mother, who tries to get closer to her estranged twelve‑year‑old son again during the winter holidays at the seaside after his suicide attempt. Her resolution wanes as she starts suspecting that her son has been involved in the brutal murder of a girl, his classmate. 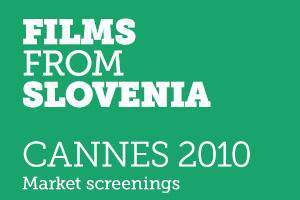