Vesna and Other Films Wander Around North America

On 14 December, the six month journey of Slovenian films around the North American continent came to an end in the Northwest Film Forum Hall in Seattle. The retrospective of eight films started here on 5 December, when a Slovenian classic was presented: the 1953 Vesna by the director František Čap.

After the screening, the thestranger.com website published a review, stating, among other things: "Apparently European college comedies are 100% less stupid than ours". Of older films, Boštjan Hladnik's Dance in the Rain (1961), Matjaž Klopčič's On Wings of Paper (1967) and Karpo Godina's The Raft of Medusa (1980) were also presented. Films from the independent Slovenia were represented by Janez Burger's Idle Running (1999) and Sašo Podgoršek's Sweet Dreams (2001), which concluded the presentation on 14 December. Sweet Dreams had already been screened in the same hall in November 2004 at the presentation of Slovenian music, fine arts, literature and film. At that occasion the English translation of Bartol's Alamut was also published. In Seattle the title, given by the selector Richard Peña at the original Slovenian film retrospective, which took place from 16 to 22 July in the Lincoln Centre in New York, was also used: "At the Crossroads: Slovenian Cinema". Because the New York event was the first overview of Slovenian cinema in this metropolis, as many as 13 films were presented. At the opening, accompanied with the screening of Rooster's Breakfast, the director Marko Naberšnik as well as Joe Valencic, the Slovenian film ambassador in the USA, were also present. The New York retrospective got a lot of media attention and was occasionally compared with the Romanian cinema. At www.salon.com, Andrew O'Hehir asks himself whether Slovenia is the new Romania when it comes to films. In New York Press, Simon Abrams used the title "The Slovenian New Wave: Like the Romanian New Wave - Minus the Rebellion".
From New York eight films went on to Cleveland, where they were presented at the Cleveland Cinematheque between 10 and 31 August.The title of this event was Six Decades of Slovenian Cinema. Of older films, France Štiglic's The Valley of Peace (1957) was also presented, while the newer films, besides Rooster's Breakfast, also included Andrej Košak's Outsider (1997) and Franci Slak's When I Close My Eyes (1993).
After Cleveland, eight Slovenian films travelled to Canada, where they were shown at the Vancouver Pacific Cinematheque between 12 and 24 October. This time the title was Sweet Dreams: Slovenian Cinema. Apart from Vesna, Dance in the Rain and The Raft of Medusa were also shown of the older films, while the newer ones included, besides Sweet Dreams and Idle Running, Guardian of the Frontier by Maja Weiss (2002), Beneath Her Window by Metod Pevec (2003) and Spare Parts by Damjan Kozole (2002). In 2005, the retrospective of Damjan Kozole's films had been organised in this very cinematheque, while in 2001 a presentation of new Slovenian films took place here.
In November these eight films went back to the USA, where they were screened in AFI Silver Theater in the outskirts of Washington between 7 and 20 November, once again under the title At the Crossroads: Slovenian Cinema.
During the final screening in Seattle, the presentation in the third Canadian city, Ottawa, also concluded, showing six Slovenian films in the Canadian Film Institute between 4 and 11 December, this time under the title Slovenian New Wave. The older films were just represented by Vesna this time; but Sweet Dreams, Idle Running and Spare Parts were also joined by Janez Lapajne's Short Circuits (2007).
This retrospective was accompanied by the text by Tom McSorley, the director of the Canadian Film Institute and biggest fan of the new Slovenian film in North America. 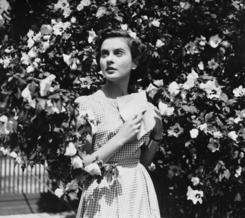