The distribution of Gravehopping in Italy has started

In the first week of July, the film Gravehopping (Odgrobadogroba, 2005) by Jan Cvitkovič set out on its journey to cinemas across Italy.

This is the first film produced in the independent Slovenia to be dubbed in Italian. The first screening of the film took place in Torino where it received the best film and best script awards at the Torino International Festival of Young Cinema three years ago.

The film is distributed by SAP11 who have made 10 copies of the film for distribution within the Italian territory. 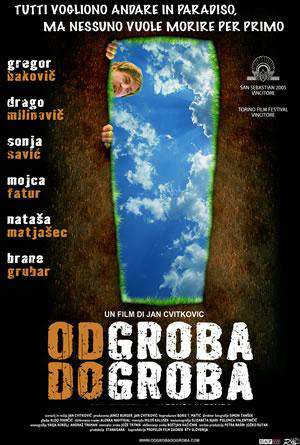