Vučko Nominated for the Academy Award

The film Vučko tells a story about the retired Zdravko, who looks for social contacts since he feels lonely after his daughter stops visiting him. He sees dog owners talking to each other in the park, so he borrows his neighbour's dog, which gets lost during their stroll. Meanwhile, he comes across a couple of Mormon missionaries, whom he befriends and thus finally finds somebody to talk to.

Vučko is the first student film in the independent Slovenia to be nominated for the international Student Academy Award. In the eighties, the films Once Upon a Time by the director Aleš Verbič and The Case of Vladimir Pavlin by the director Jan Zakonjšek were nominated for this award. This year, the Czech I Am Bigger and Better (directed by Martin Duda), Spanish The New Dress (Sergi Perez), German On the Line (Reto Caffi) and Israeli Roads (Lior Geller) were also nominated besides Vučko.

The five foreign student film finalists will join their American colleagues in Los Angeles at presentations and social events, organised throughout the week. The week will conclude with the Award ceremony, taking place on 7 June in the Samuel Goldwyn Theater in Beverly Hills.

In the end of April, another student film had a reason for celebration: at the 4th B-EST International Film Festival 2008 in Bucharest, the film "Hey Ho, Comrades" by the film and television direction graduate Gregor Božič received the Award for Best Short Film.

Both films were supported financially by the Slovenian Film Fund - a Public Fund. 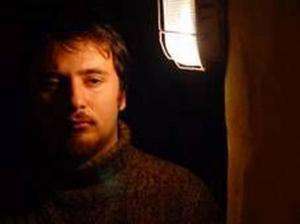