27 EU member states with a selection of 27 films will be presented at this event, but only three of them will have solemn screenings with directors and authors present. Besides the Slovenian film, the Greek film A Hero in Rome by Panos Angelopoulos and the Italian film I Desire You, I Want You by Louis Prieto will have this honour. Since the event is sponsored by the European Year of Intercultural Dialogue, these three films were selected for illustrating this year's European orientation.

L... Like Love will be shown tomorrow, on 9 May, on European Day. The film, produced by Fabula with the financial assistance of the Slovenian Film Fund, will be shown in UGC De Brouckere Grand Sala Eldorado (700 seats) at 19:30, followed by screenings in Strasbourg, Paris, Rome and Madrid. The solemn screening will be attended by the director Janja Glogovac, the actresses Lucija Šerbedžija and Labina Mitevska and the producer Radovan Mišić.

A new copy of the film with French subtitles was made for this occasion. The copy was financed by the Slovenian Film Fund, while the French translation and subtitling was covered by the cinematographic association UGC.

"L... Like Love" has already been presented in the film catalogue and website as a "model example of the new East European cinematography, which is critical of everything, first and foremost itself". 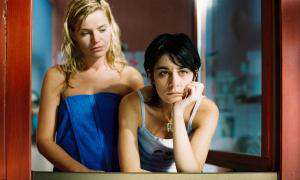