Slovenian Film in Cannes or the Triumph of Short Film

Already for the second year, the pavilion will also celebrate the participation of Slovenian film in the festival programme. Last year a selection of Slovenian short and feature films, made after 2002, was presented in the programme Tous le Cinemas du Monde.

The authors of the selected films were able walk the most famous of red carpets.

This year, the selectors for the Quinzaine des realisateurs (Quinzaine, in short), taking place from 15 to 25 May, were enthusiastic about Martin Turk's short film Everyday is not the Same, produced by RTV Slovenia, while the transfer to 35mm was financed by the Slovenian Film Fund.

This is the second time after the Slovenian independence that a Slovenian short film has qualified for the world's biggest film festival. The first one to qualify was Zdravko Barišić's Balkan Roulette, which qualified for the official competition programme in 1998. Everyday is not the Same is the second professional short film for Martin Turk after A Slice of Life, which received the Award for Best Film according to the young audience at the Portorož festival and also visited a few international festivals. 12 films from France, Russia, USA, Brasil, Sweden, Thailand and Slovenia qualified for the Quinzaine short film programme.

The films Tractor, Love & Rock'n'Roll and Darfur - War for Water will be presented to the international film professional for the first time, looking for the best opportunities for festival presentations. After the Berlin market, Landscape No. 2 found a French sales agent Wide Management Ent., which will help its producer, Forum Ljubljana, find the way to world distribution, and the first festival presentation of this film was also planned. The film Forever was already presented at the Rotterdam Festival in January, and the sales agent MDC Int. from Berlin will take advantage of the Cannes screening to look for new festival and distribution opportunities for Damjan Kozole's film, which was made with own resources of the producer Emotionfilm, while Slovenian Film Fund financed the enlargement to 35mm.

The Slovenian pavilion will be the meeting point for all Slovenian filmmakers, presenting their already finished films in Cannes or seeking partners for their projects in development. In the pavilion, individuals can organise meetings with international film professionals and present their activities. This year, the Grossman Film and Wine Festival, which is going to take place for the fourth year in August, will be presented to the international public in the pavilion for the second year in a row. The festival team from Ljutomer will be presented in Cannes on 22 and 23 May. 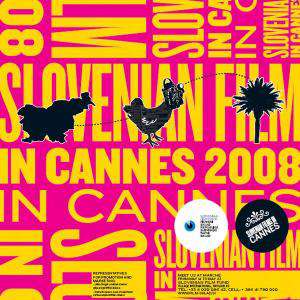